A year with the EleutherAI project

*That’s quite the tale of rollicking open-source adventure.

abandoned bitcoin mine as imagined by nmkd 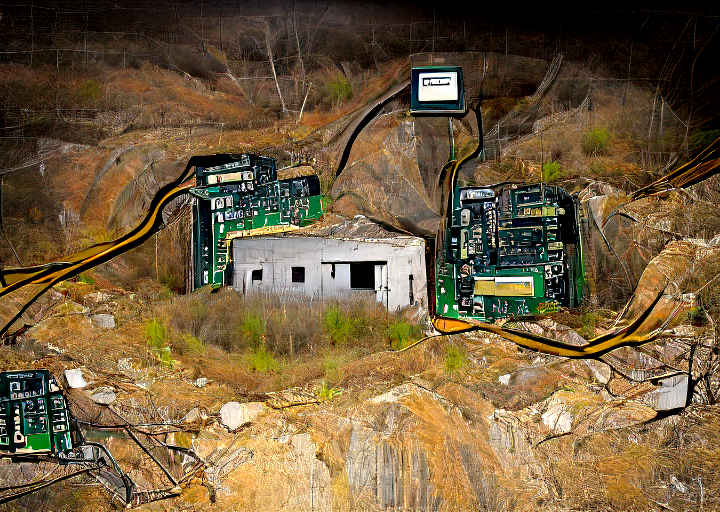 Since the early days of Eleuther, there always had been the humble, underutilized #art channel. While we had hoped it would be a place for ML artists of various kinds to exchange and discuss their creations, its initial purpose seemed mostly to be the dissemination of obscure German memes.

But this would change after the release of CLIP, and the rapid development of new techniques to generate astonishing ML art using it. #art now serves as the promised hub for creating and exchanging techniques, prompts, ideas and results, with the brilliant engineer-artists hard at work developing cool new models and prompt engineering techniques alike.

Perhaps the most visually compelling development of #art is what became known as the “unreal engine trick.” CLIP was trained on the internet, and the internet contains a lot of extremely high quality images that have a caption mentioning the Unreal Engine. CLIP noticed this, and we quickly realized that you could vastly improve the generates images by simply mentioning the Unreal Engine:

The Underground Studio, #the-faraday-cage
#the-faraday-cage started as a channel to let anyone on our Discord use our early Neo models, mostly to laugh at how terrible they were. The channel has taken on (an insane) life of its own thanks to the Discord bot @BATbot McHorse maintained by BoneAmputee, which lets anyone on the server create art using CLIP. If #art is the display gallery, #the-faraday-cage is the underground art studio.

The bot is hooked up to some of our unused GPUs and now handles a staggering amount of requests, filling the Discord (and Twitter!) with spam art and creativity. At last count, it has produced over 35,000 images and survived two explosions in popularity after high-profile HackerNews and Twitter posts….