A “Wunderkammer” or “wonder chamber” was a closet full of wondrous  oddities.  They flourished four hundred years ago.

When scientific disciplines matured,  and taxonomies improved, then “wonder chambers” went out of intellectual style.  But today “wonder chambers”  make sense for displays of “emerging media” or “transmedia” or “new media,” when lines of definition don’t exist, or are blurred on purpose.

Carla Gannis teaches “multidisciplinary experimentation” in Brooklyn at the NYU school of Integrated Design & Media, so Professor Gannis has  rather a lot of material to stuff into wunderkammers.  These trophies and/or monsters include Carla Gannis herself, who likes to pose as her augmented avatars “Lucille Trackball” and “C.A.R.L.A. G.A.N.”

Why would a contemporary artist want to construct a personal “wunderkammer?”  What good is a little 3D room where avatars can maneuver and  pivot and rotate?

1.  Platforms exist now  where it’s possible to do this without coding everything from scratch. “Hubs” from Mozilla, for instance, is a Carla Gannis favorite locale.

2. If you do build a private art-world in a box, you might sell that to collectors.  Such as this Carla Gannis miniature “peep box” on the Feral Files site.

3. Imagine that you have a weblog, like this one, rather than a “wunderkammer.” People will arrive on the blog’s separate pages through social media recommendations.  These have a viral power-law distribution, meaning that some weblog posts might catch the eyes of ten thousand readers while others, which may well be more important and interesting, might only get ten.  You’ll likely end up creating clickbait, since that’s what the format rewards.

A wunderkammer, by contrast, is a coherent entity like a gallery; it has foot-tracks through it; it’s an experience. 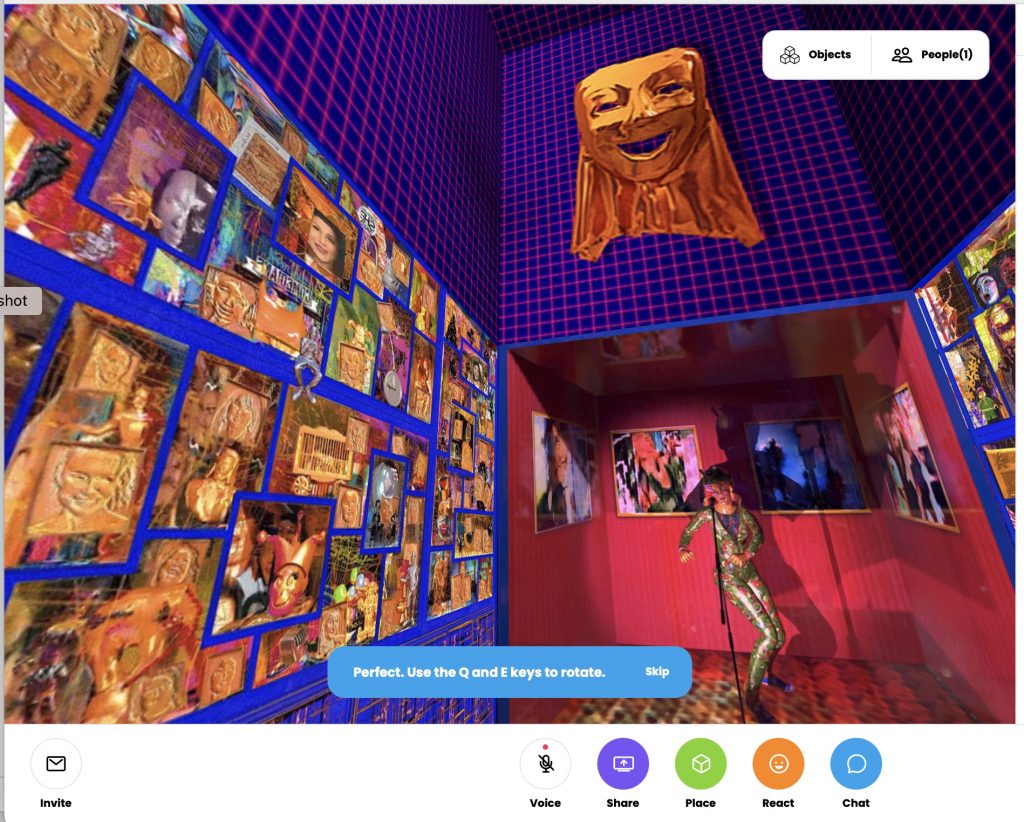 4.  People can socialize inside wunderkammers.  In 2021, after a year of plague, people are weary of Zoom calls.  A 3D social environment breaks the tedium of confronting a flat screen full of talking heads.  Even if you’re not manning your own wunderkammer, you might, if you are Carla Gannis, build a fun 3D avatar of yourself that can dance around automatically and cheer people up.  If you’ve been teaching school on screens for a year, that may be an act of mercy. 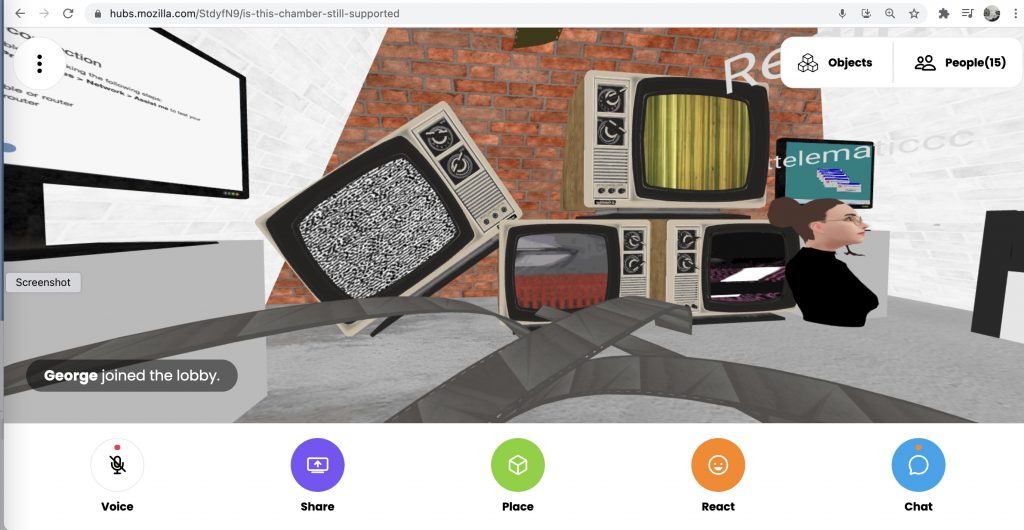 5.  Suppose that you’re a collector of “media art.” To date, no one has ever invented any reasonable way to display this plethora of highly variegated stuff.  You might well  collect a wondrous arsenal of (for instance)  jpegs, video clips, 3D models, creative code-art, pixelated graphics, glitch art, video performances, animated cartoons, stop-action claymation, trading cards, augmented Instagram selfies, architectural 3D renders, Photoshop paintings, memes, gifs, etc etc….   These uncategorizable wonders are quite hard to file and organize, especially when they exist as monstrous transmedia hybrids and chimeric combinations, such as an architectural 3D render with some art and videos inside of it (a wunderkammer).

These variegated wonders need a chamber of some kind.  Most likely, you yourself have forgotten that you own them.  They’re stuck on a thumb drive, or you parked them in “the cloud.”  So you have no way to take pleasure in them, or to show them to your friends.  A wunderkammer offers an option. 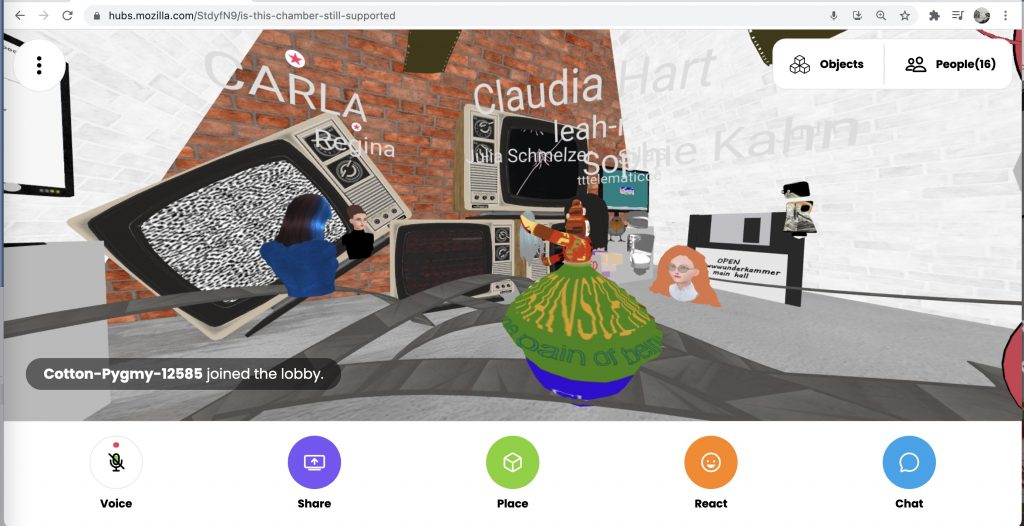 6.  If you already have a wunderkammer, you might loan parts of it to your colleagues.  Then you can transform from a private gallerist to the mistress of a wunderkammer salon.  Maybe you can have events, and make some new friends.  Since trolls and censors haven’t yet figured out how to hack wunderkammers, you might enjoy some relative intellectual and social freedom in there.

7.  Although the historic “wunderkammers”  of the baroque era may seem disorganized and messy to us, they were not failures in their own era.  Some were famous attractions, and they became the fertile compost heaps of real sciences, which appeared when scholars were able to separate some transmissible knowledge from a cluster of random marvels.

So your modern wunderkammer might become an incubation chamber, or a greenhouse, for some tender new development that makes more sense later. 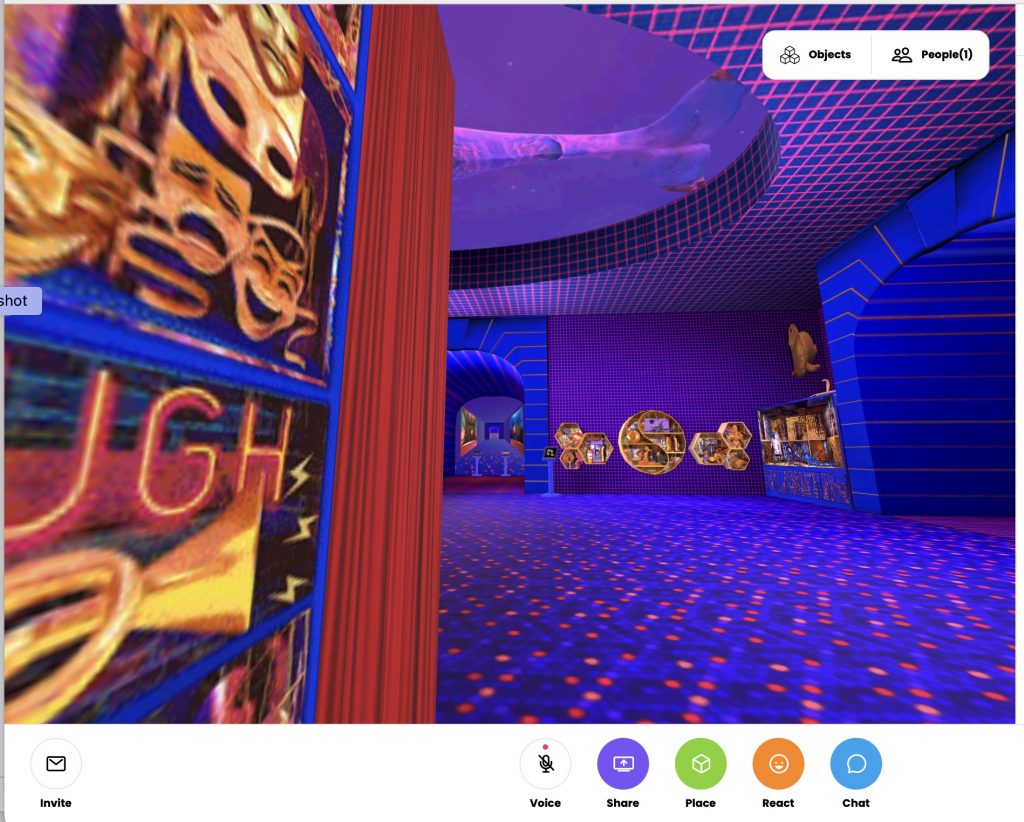 8.  Digital art is frail, and in an era of climate disaster, physical art can be even frailer.  If you take the trouble to arrange and design a wunderkammer, you might also take the trouble to methodically catalog your own art holdings, and store copies of them in multiple time-zones.  In some day of woe  you’ll be glad for this act of discipline and foresight. 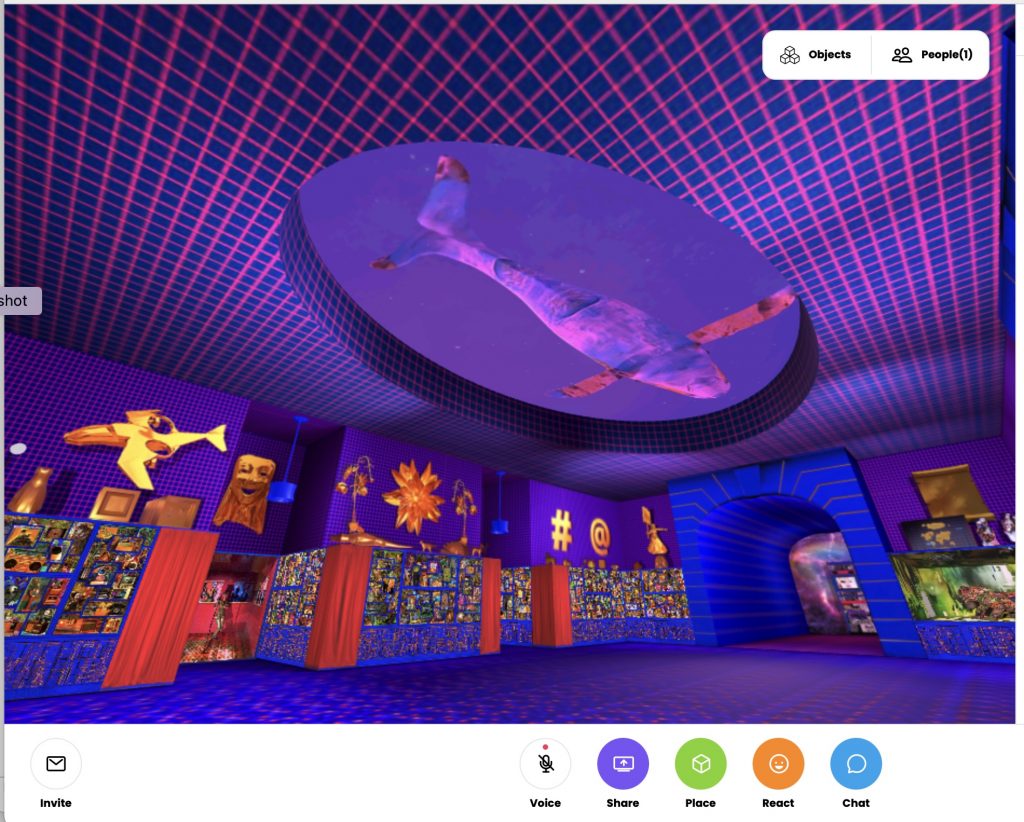 9.  You can teach with them.  I was in the wonder chamber — or rather, I had an avatar floating in there — as Professor Gannis and two of her colleagues described what they were doing with their personal wunderkammers.  That was edifying.  That was educational. I found that it was the first manifestation of a virtual reality that I actually wanted.  Maybe some day I’ll get one.