*It’s been there 20 years, but it’s broken, dry, drained of water and doesn’t move at all. Chained off, it’s become a public hazard instead of the delight it once was. 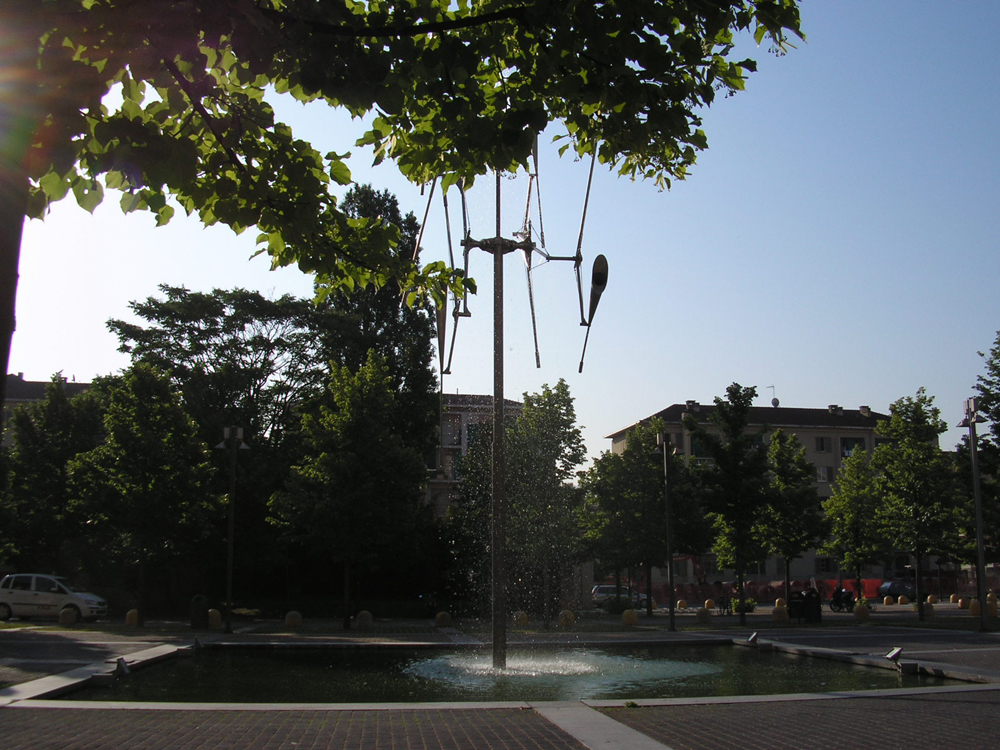 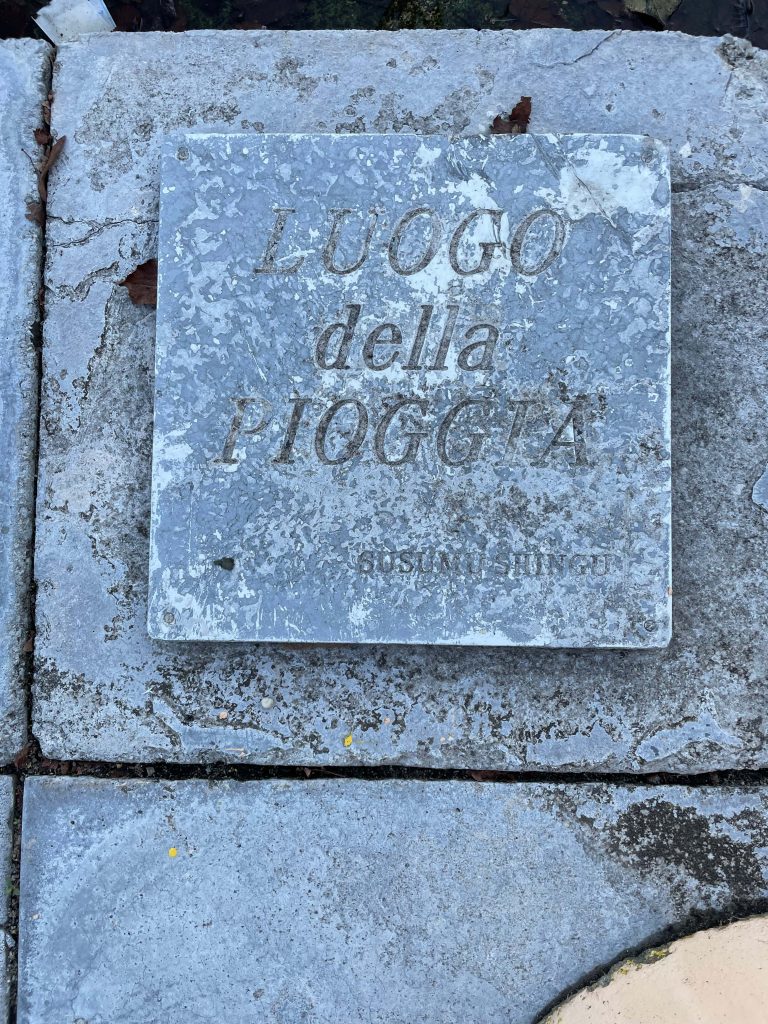 *The artist is still alive, but he’s 84 and living in Japan.

Technology and nature at Fiat’s Lingotto factory in Turin.

On the face of it, there seems to be something incompatible between high-tech components in gleaming metal, obviously precision-engineered, and an insistence upon a total harmony with nature in all its living complexity. But any incompatibility is triumphantly dissolved by the kinetic sculpture of Susumu Shingu, the Japanese constructor of devices driven by natural forces.

His large-scale constructions grace public spaces throughout the world, including Queens Criminal Court in New York and the New England Aquarium in Boston. His travelling installations of sculptures, Windcircus, which toured urban sites in the late 1980s, and Wind Caravan, which was encamped in stunning natural locations in Japan, New Zealand, Finland, Morocco, Mongolia and Brazil during 2000 and 2001, are at once forceful and light, strong and elegant, large and delicate — evoking the power and sensitivity inherent in natural systems.

There could be no more telling context for him than Fiat’s classic Lingotto factory in Turin, Italy, one of the paradigmatic structures of the modern era. Built to the master-plan of engineer Giacomo Mattè Trucco, starting in 1916, it is a great hollow rectangle 500 metres long. High on its roof is an automobile test-track with parabolic banking. Having reluctantly abandoned it as a manufacturing base in 1982, Fiat has progressively brought new life into the great space. Now, with the recent opening of the Giovanni and Marella Agnelli Art Gallery in a ‘pod’ extruded from the roof, the rehabilitation is complete. Renzo Piano — who came to world prominence when he and Richard Rogers won the design competition for the Pompidou Centre in Paris — is the architectural mastermind, and it was at his instigation that Shingu was invited to provide a water sculpture to stand in front of one of the building’s long facades.

Susumu Shingu’s Locus of Rain, located at Fiat’s Lingotto factory in Turin, Italy.
The 11.2-metre central column of Shingu’s Locus of Rain consists of a hollow tube from which a water spray spouts high into the air. Around this revolve a series of arms, trumpet-shaped vessels and counterweights. Each of the two units on either side of the axis revolve in vertical planes around three pivots, the first on their shared axle, the second at the point where the lateral arms intersect with the poles that support the ‘trumpets’, and the third in the necks of trumpets themselves….