*However, we get their press releases for good reasons. 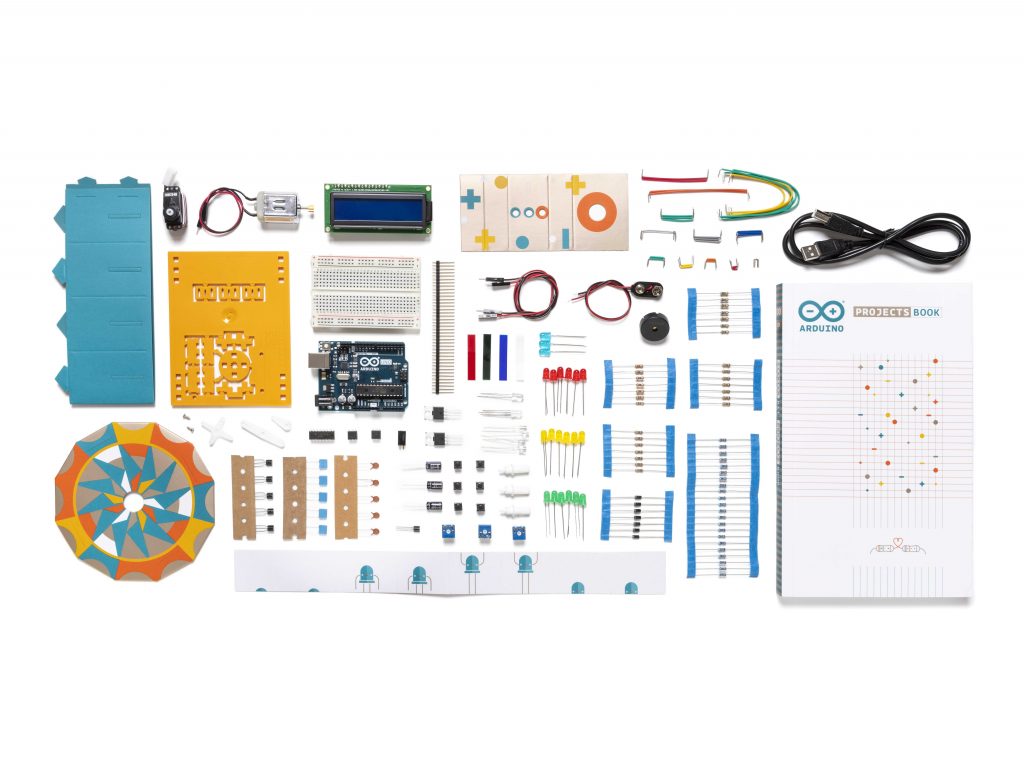 Black Friday is not enough! The most popular Arduino products are discounted throughout November, from 8 to 29.

Arduino chooses 8different iconic boards and combinations for 8 big deals.
People can choose between the Arduino Starter Kit for a great beginning, the Arduino UNO boards to get started with electronics and coding, the Arduino Nano Arduino Micro and to make great things with a tiny board, the Oplà Kit to automate home, Arduino Due for scientific experiments, Portenta H7 for AI studies and Arduino Mega for Mega projects.

ARDUINO UNO REV3
The iconic Arduino UNO is the most popular electronics development board ever.
It’s the best board to get started with electronics and coding. If this is your first experience tinkering with the electronics, the UNO is absolutely ideal: robust, extremely well documented and widely used by beginners and geeks alike. Get one and become a wizard in no time.

OPLÀ IOT KIT
If you’re into home automation, Oplà Kit will give you the tools you need to build professionally looking connected devices with no breadboards and wires going all over the place. It comes complete with a set of 8 “Internet of Things” DIY projects ready to turn everyday appliances into ‘smart appliances’ and build custom connected devices that can be controlled with a mobile phone thanks to the power of the Arduino IoT Cloud. Beautifully designed to fit in your home or office , it comes with its own plastic case that can be installed on a wall or just resting on a table. It’s also the perfect gift for anyone who loves to build things with electronics and wants to graduate to build gadgets that connect to the cloud.

PORTENTA H7 + VISION SHIELD ETH
The Portenta H7 is, arguably, the most powerful microcontroller platform on the market and, coupled with the Vision shield, it becomes the perfect platform for building Tiny Machine Learning and Computer Vision projects. It’s not your usual Arduino, this is a professional platform built to industrial standards with two asymmetric cores to simultaneously run high level code such as protocol stacks, machine learning or even interpreted languages like MicroPython or JavaScript along with low-level real time tasks. Become proficient in Edge Machine Learning now with this combo.

ARDUINO STARTER KIT (Available in multiple languages)
The best selling Arduino kit is also the best gift for everyone who wants to learn electronics, prototyping, and much more! No prior experience is required, as the kits introduce both coding and electronics through fun, engaging, and hands-on projects. If you’re a beginner here’s something that will take you from zero to wizard at your own pace. If you always wanted to get your kids into electronics and programming the starter kit is the perfect companion to learn about current, voltage, and digital logic as well as the fundamentals of programming. There’s an introduction to sensors and actuators and how to understand both digital and analog signals. If you’re a teacher you can join the thousands of other educators who are using the Arduino Starter Kit to help create the scientists, engineers and artists of the future.

ARDUINO MEGA 2560
The Arduino Mega is a great classic at Arduino. Whenever your projects need mode inputs, outputs or more memory you can easily graduate from the UNO to the Mega. It’s very popular as the brains behind a lot of 3d printers and other similar equipment. Super robust and very well documented it’s still one of the most beloved development boards out there.

ARDUINO MICRO
The Arduino Micro is a small device with a lot of powerful talents. Given its ability to “pretend” to be a USB keyboard and mouse it’s very popular with people who build their own mechanical keyboards or like to create projects which easily interface with computers. No complicated coding on the PC, just tell your Arduino to press the keys for you. Musicians will appreciate the ability to very easily implement a USB MIDI device with the Micro: connect sensors, write a little bit of code and you can create amazing sounds driving music software on your computer.

ARDUINO DUE
The Arduino Due is a very high performance board which seems to be a big favorite of people who need to collect and process a lot of data fast and send them to a computer even faster. Based on a 32 bit ARM processor it goes where the 8 bit processors can’t.

ARDUINO NANO
The Nano is an incredibly popular board because it allows you to “shrink“ your projects. 100% compatible with the Arduino UNO but less than a quarter of the size it really allows you to compress your projects in very little space. A great classic.

About Arduino
Arduino is an open-source hardware, software, and content platform with a worldwide community of around 30 million active users. It has powered thousands of projects, from everyday objects to satellites and complex scientific instruments. This success has been made possible by combining a wide variety of electronic boards, easy-to-use tools, a collaborative community, and practical project examples to suit all levels.