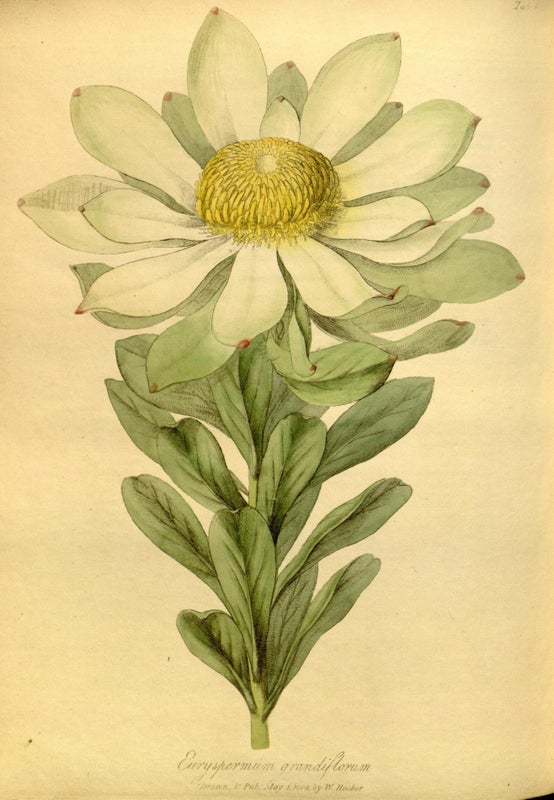 Which were the three flowers you chose to resurrect?

The Hibiscadelphus wilderianus Rock, or Maui hau kuahiwi, grew in ancient lava fields in Maui, Hawaii. It was decimated by colonial cattle ranching, and the last tree died in 1912. The Orbexilum stipulatum was last seen in Kentucky in 1881 before it went extinct and its cultivation failed. In the 1920s a dam completely destroyed its habitat. The Leucadendron grandiflorum, originally from Wynberg Hill, behind Table Mountain in Cape Town, was lost to colonial vineyards. It was last seen in a collector’s garden in London in 1805.

Did you manage to piece the DNA back together?

The DNA was degraded, so the Ginkgo team worked with paleogeneticists at University of California Santa Cruz to extract the DNA. The Ginkgo team then used synthetic biology to first compare the sequences to known sequences from other species that produce fragrance enzymes, in a kind of matching process, and filled in the gaps. They then resynthesized the gene sequences, put them into yeast, and tested the fragrance molecules using mass spectrometry.

Hadn’t this been possible before?

I think the work was really new, although of course DNA sequencing and DNA synthesis tools had been around for decades. And no one had focused on lost flowers before this. The Gingko scientists and engineers produced a list of smell molecules that each plant may have produced. I was blown away. Christina had been telling me about this project for a few years, and now the list was real. It was dizzying. It inspires the sense of the sublime, an eighteenth-century theory from art and literature that encapsulates this feeling of awe and terror at the natural world.

How would you describe the flowers’ smells?

I am not a smell expert, unlike Sissel Tolaas, who reconstructed the smells from Ginkgo’s lists. But as an amateur I would describe the Leucadendron as deep and tobacco-y…